A Few Things to Consider Before Purchasing a Console Server

There are many different console server options to fit your organizations’ needs. Consider these points when beginning to look at units and contact us today to speak with an expert about your specific requirements and which one would be the right fit for you.

Console Setup
The console server should take up a very limited amount of space on the rack and be rack-mountable. It should require minimal cabling but at the same time provide a high level of integration. Making sure all connectors are on the same side is important too, as this will take up the least amount of rack space.

Security
You will want to decide who in your company should have access to the console server. There should be an option to have multi-level user access control and login capability. The unit should also log in all its activities to maintain security and regulatory auditing compliance.

Flexible and Compatible
It is vital that the console server you purchase be compatible with all of your organization’s servers and network equipment. You also want it to be flexible to connect to other service processors and power distribution units.

We are here to help! For help deciding which console server is right for your specific needs, please contact one of our sales representatives at 1-877-586-6654.
No comments:

Email ThisBlogThis!Share to TwitterShare to FacebookShare to Pinterest
Labels: 42u, console server

Liebert's MPH2 belongs to the "Managed Rack PDU" group which is part of Emerson Network's range of rack PDUs. It is designed to remote-monitor and control power to the IT devices in your server rack. The MPH2 can easily be integrated into a server rack and management architecture and offers high availability and optimized energy and capacity management. The housing consists of a compact aluminum profile and can be integrated into Knurr racks from Emerson Network Power of other housing systems in a space-saving manner. 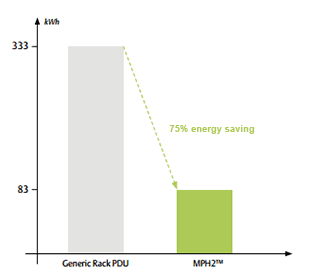 There are many benefits of the MPH2, but some of the highlights are as follows:

For additional information on the Liebert MPH2, please visit us at 42U.

What is a Rack PDU?

A rack PDU is a power distribution unit designed to fit into a server rack in either a vertical (0U) or horizontal (1U or more) position. You can basically think of them as industrial-grade power strips that have the potential to power multiple servers.

Rack mount PDUs are offered in many sizes and configurations depending on voltage, current, number and type of connections, as well as remote access and monitoring functionality.

Highly customizable rack PDUs can be configured to meet nearly any situation. For expert, unbiased advice in configuring a custom rack PDU solution please call us at 1-800-638-2638 or visit us at 42U.
No comments:

Top 5 Benefits of a Console Server

We are here to help! For more information or any additional questions you may have, please contact one of our sales representatives at 1-800-638-2638 and visit us at 42U.

What is a console server?

A console server provides you with centralized and secure remote access to all of your servers. It allows you to monitor the console of other machines and support geographically dispersed data centers from anywhere. This eliminates the need for IT professionals to have to be on-site at a data center if something goes wrong or updates need to be made. They can remotely solve issues and even power down servers from one centralized location, saving both time and money.

Uninterruptible power supplies, network routers and switches, telephony systems and environmental control systems are examples of non-computing devices that can be controlled through a console server. 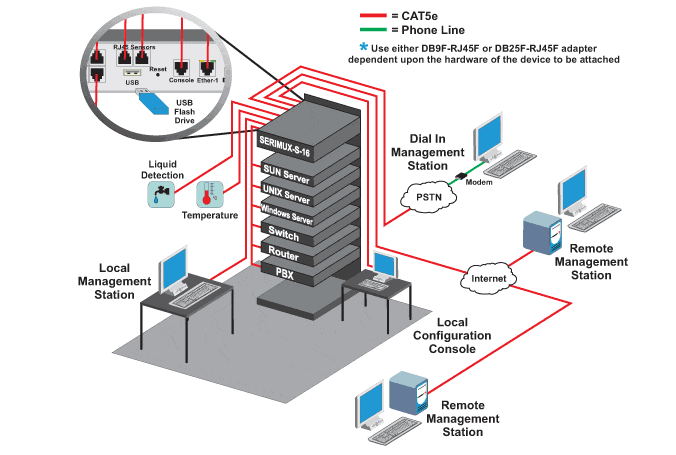 The Latest from Avocent and Liebert on “ShellShock”

ShellShock, or Bash Bug, is a nickname for the bug in the Bash (Bourne-again Shell) command line interpreter, also known as a shell. Bash is software that has been around since 1989 and is used to control the command prompt on a variety of Unix-based systems, including Linux and Mac OS X, basically telling your computer what you want it to do. With this latest bug, outsiders could take control of the affected device to install programs or run commands. However, there are multiple types of command shells, so even if Bash is installed, the system could actually be using a different one.

If you currently use any Avocent or Liebert products through Emerson Network Power, know that they have been auditing their systems since the bug was discovered and are keeping an up-to-date log of their status. They have listed out any Avocent and Liebert branded product families that contain Bash and are providing updates for each of those products, including ones that are not directly exposed to the bug vulnerability.

To stay on top of all the updates, please go to Emerson Network Powers ShellShock Vulnerability Updates page.
No comments:

KVM Switches online is proud to offer the newest model in the Raloy Rack console family, the RD119 Dual Slide LCD Series. The RD119 provides you with an easy way to monitor your systems from outside the rack while maintaining secure access. It features a retractable 104 key notepad keyboard and independent LCD display using green LED-backlit panel technology. Simply slide the 19” LCD screen forward to display your monitoring systems or other critical applications for multiple servers, without having to open the rack. By keeping the rack locked, you are able to maintain the security of your systems. If you need to make updates or address an issue, slide the LCD screen back and a built-in keyboard appears. 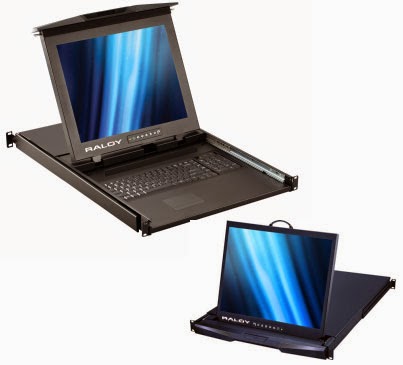 This state-of-the-art modular rack console offers a space saving, streamlined approach to your rack environment by integrating your LCD monitor, KVM switch, Keyboard, and Mouse options in one unit. This convenient setup will not only save you space, but also maintain security. Setup is fast and easy. Simply plug in this cutting edge modular rack console with optional integrated KVM and you are ready to go.

Adder, a leader in KVM extender products, has recently released the LPV150 digital signage extender system.  This attractively priced, point-to-multipoint video extender is capable of delivering full HD 1080p video over distances of 150 meters (500 feet) via CAT5 cable.  Simply connect the ALPV154T four port video extender transmitter to your computer system's VGA and USB ports, then plug an ALPV150R single point video extension receiver into your display.  The two units are connected by a length (up to 500 feet) of CATx cable.  That's it. This simple plug and play video extension system has you delivering your targeted digital message in no time flat.

KVM Switches Online  is rated 4.5 stars by Yahoo Shopping Customers and is an A+ Accredited Business with the BBB.
No comments:

Server racks are an essential part of any data center or server room.  This most basic piece of data center infrastructure can be customized by a myriad of different server rack accessories.  From enclosure fans and server rack shelves to rackmount PDUs and rackmount monitors with integrated KVM, finding the right accessory for your server rack can be a difficult task.

Many rack manufacturers have accessories that are specific to their particular racks, while others manufacture a broad range of universal accessories for any EIA-310-D server rack.

To speak to a server rack accessory expert, call 1-866-722-5776 today or visit Server Racks Online for all your server rack needs.
No comments:

A digital signage system augments your marketing plan by providing a willing audience the branding and promotional messages you want to deliver in a engaging, dynamic way.

KVM Switches Online is proud to offer a wide range of digital signage hardware solutions for you digital messaging needs.

KVM Switches Online  is rated 4.5 stars by Yahoo Shopping Customers and is an A+ Accredited Business with the BBB.
No comments: